From the 16th century to the 20th century

The development of the British Empire is often divided into two parts: the First Empire and the Second Empire. The First empire started in the 16th century when Great Britain started to build territories on other continents like North America and the West Indies. The first British settlement in Africa was on James Island in the Gambia River. The First Empire ended when the British lost control of the American colonies in 1783. 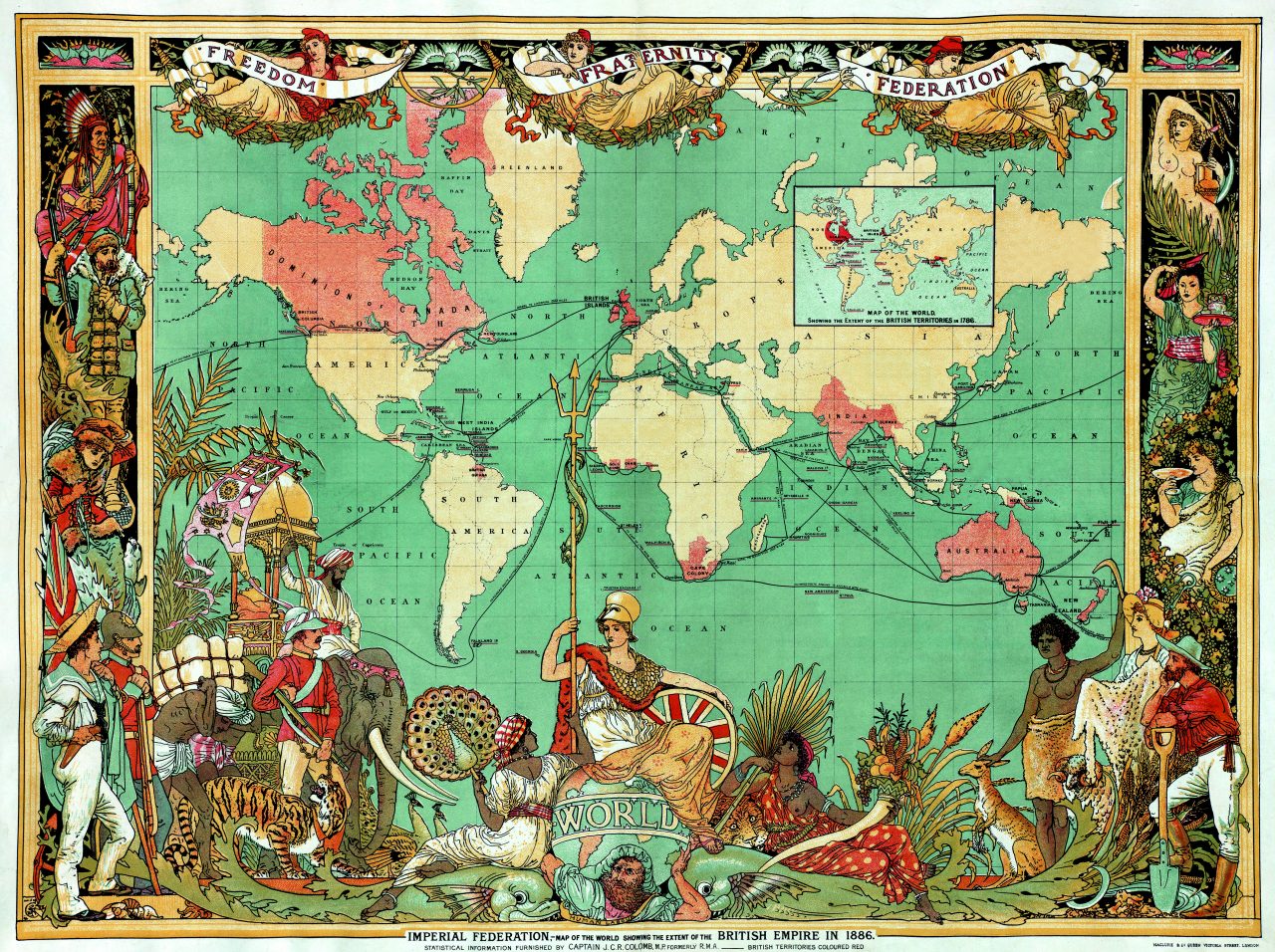 The end of the British Empire

After the two World Wars, the British Empire was ending. The economy suffered from the wars. India set the tone for change when it became independent in 1947.

In the 1950s, the British government gave freedom to Sudan, the Gold Coast and Malaysia. Many British colonies could now rule their own country.

Canada was the first British state to control themselves in 1867. After that came Australia in 1901 and New Zealand in 1907. They were still connected to the British Crown, but were given freedom. The Caribbean also gained independence over the next 20 years, first Barbados and then the rest of the Eastern Caribbean islands.

The Union Jack is still a part of the Australian flag today.

The end of the Empire was in 1997, when Hong Kong became an administrative region under China. 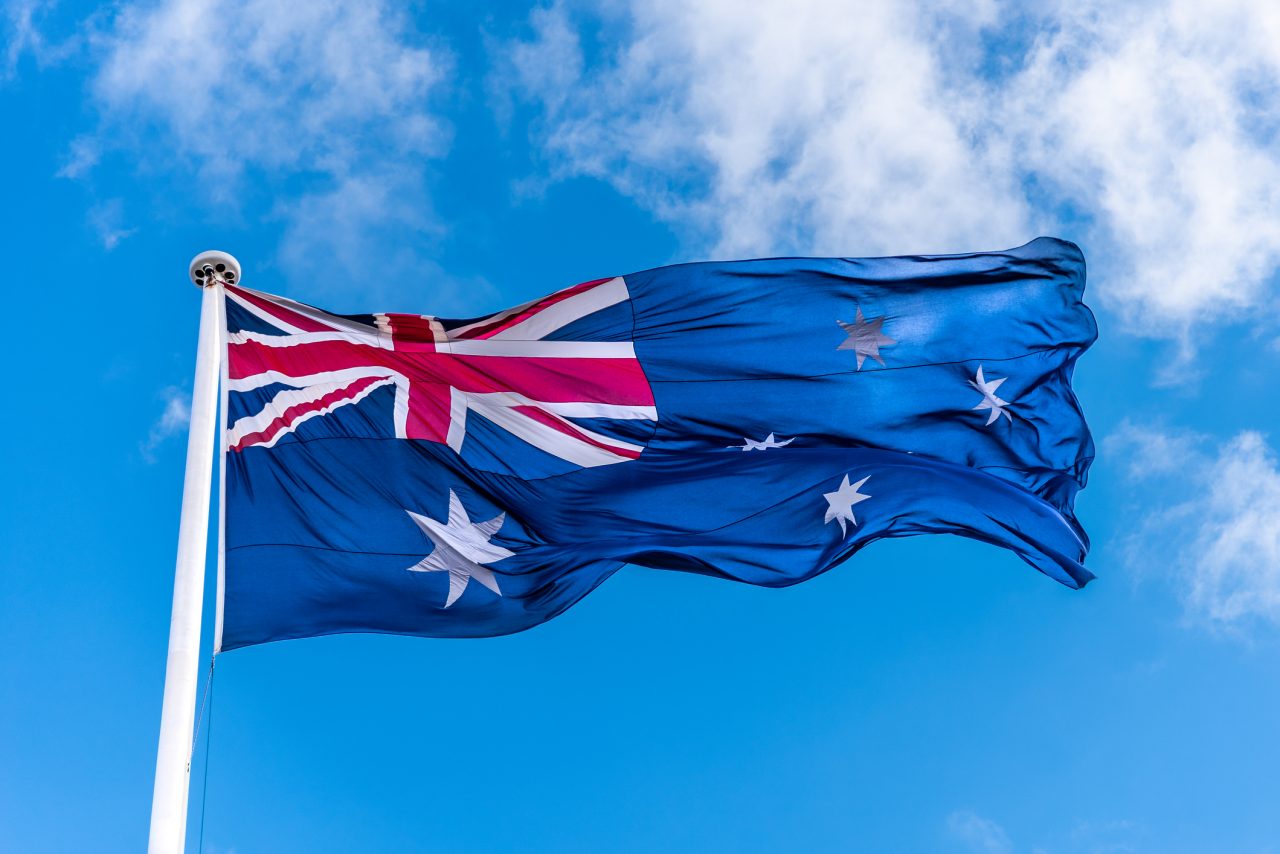 The Treaty of Paris was signed when Britain won over the French in the Seven Years’ War from 1756 – 1763. The treaty was a deal where France agreed to give up New France, which Canada was a part of, to the British Empire. Today Canada is still part of the Commonwealth. 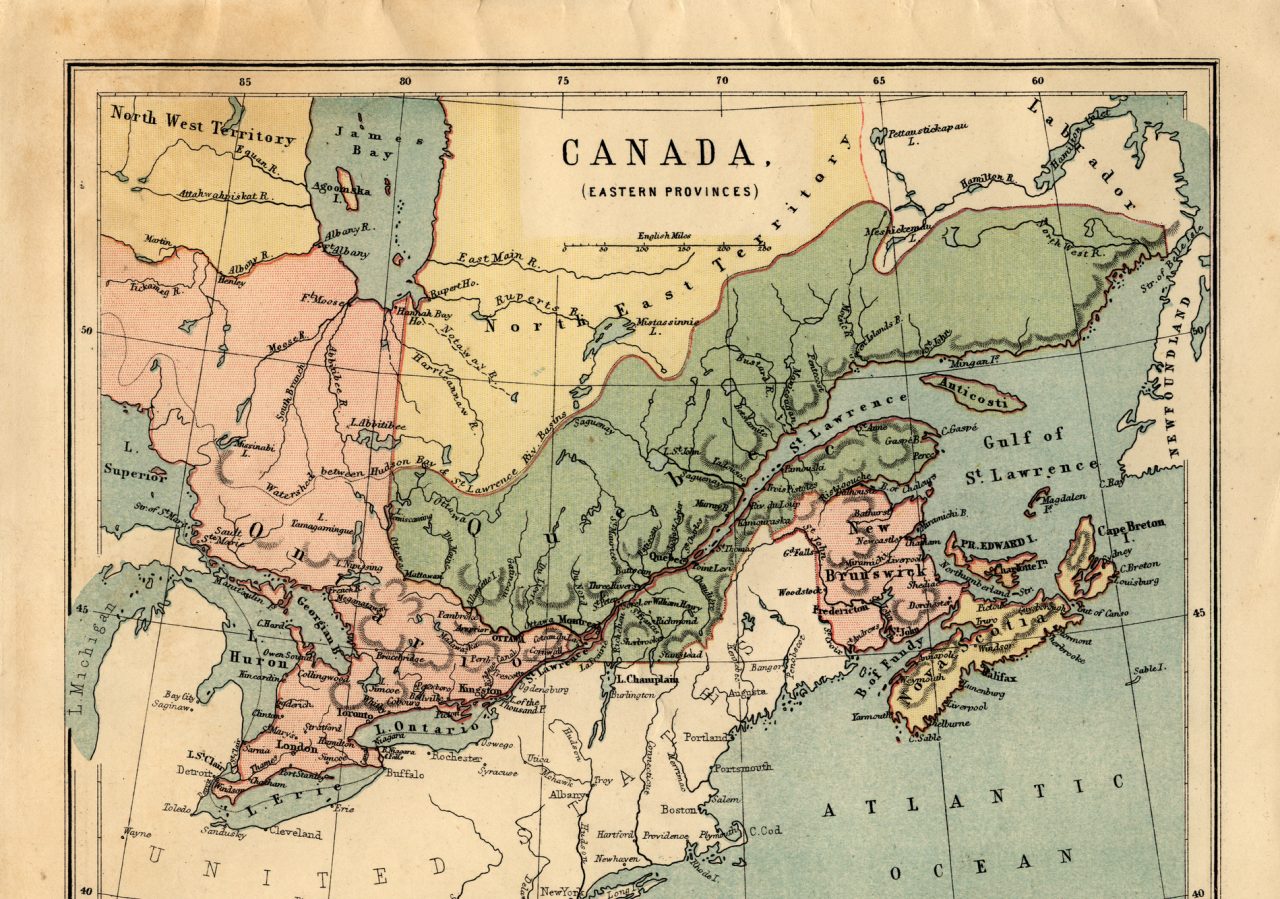 When Christopher Columbus discovered the New World, a race started between European countries with power. The goal was to colonise the Caribbean Islands. In 1912, the British areas were divided into eight colonies: the Bahamas, Barbados, British Guiana, British Honduras, Jamaica, Trinidad and Tobago, the Windward Islands, and the Leeward Islands. Most got their freedom back between 1960 and 1980.

⬅  Photo from a sugar plantation in Jamaica. 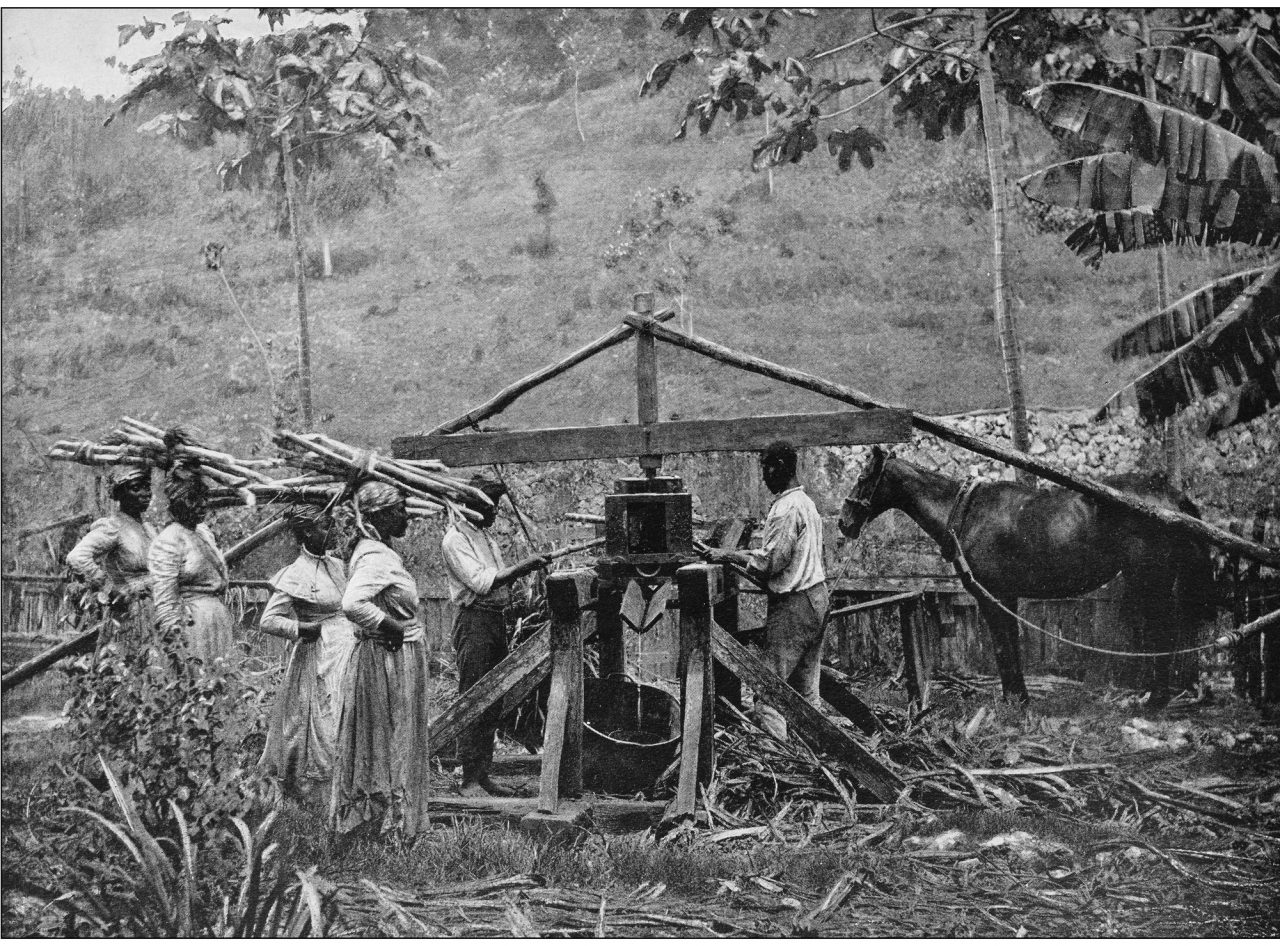 Great Britain’s first long-lasting settlement in America was in Jamestown in 1607. In 1783 Great Britain lost its thirteen colonies after years of arguments over taxes and how to rule the colonies. 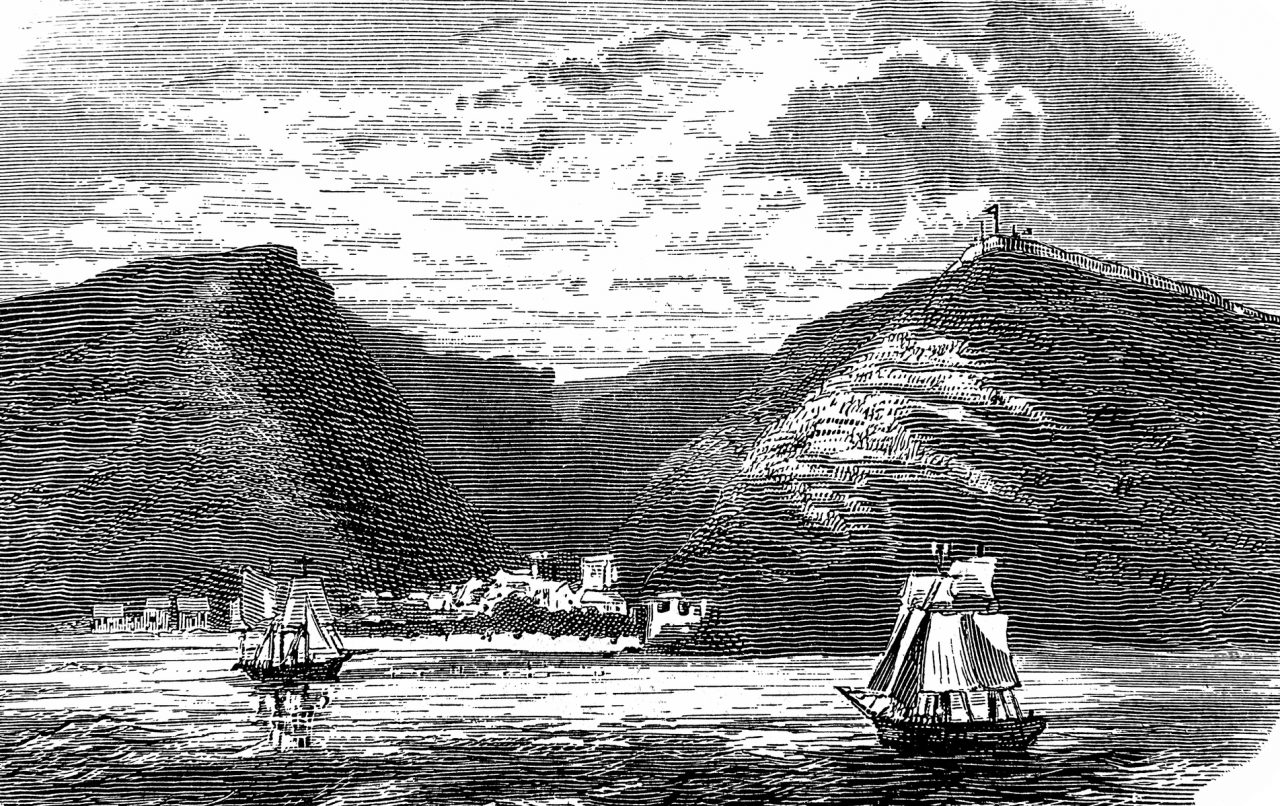 In 1820 around 5,000 British people came to live in Cape Town, South Africa. Cape Town was an important port for trading goods to India, and there were fights in the region. South Africa got full freedom from Great Britain in 1931. 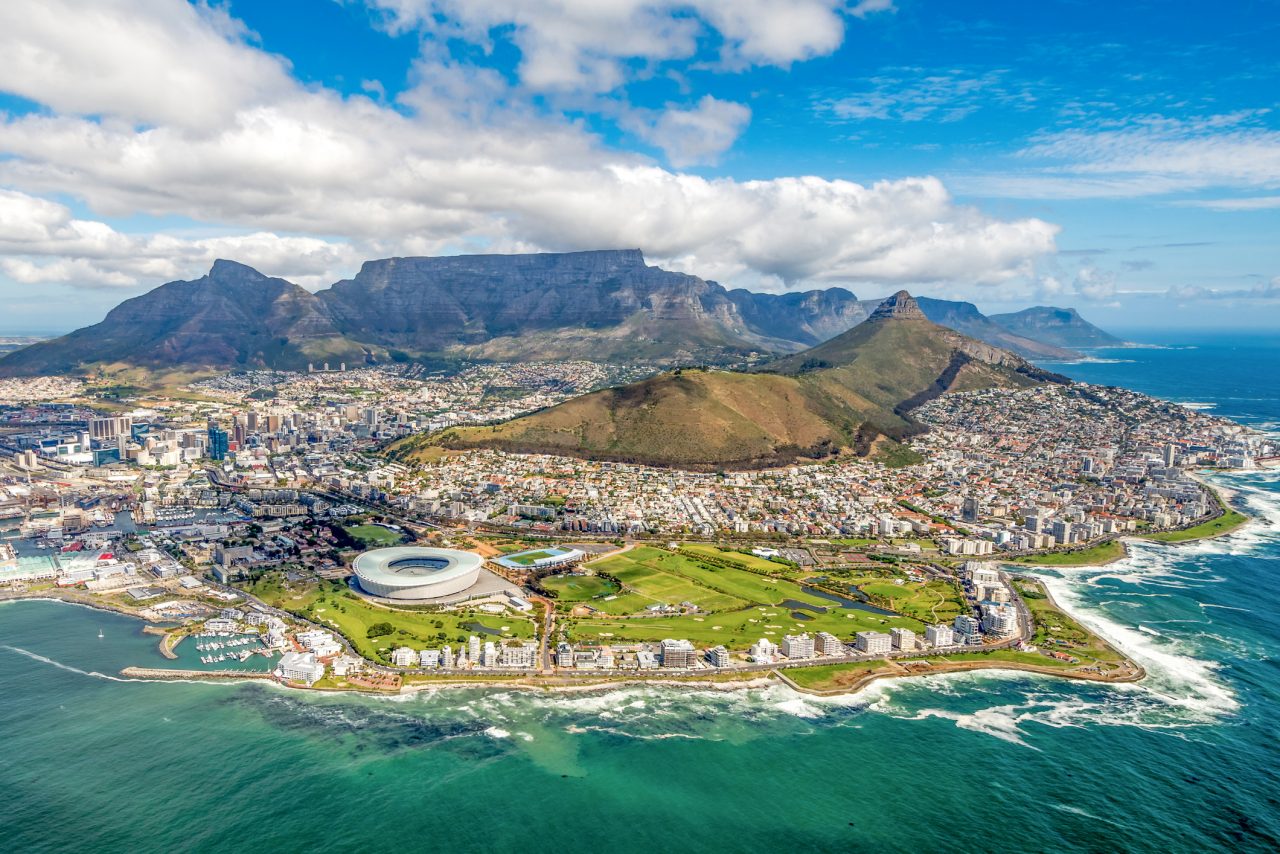 The British colonised Australia in 1788. About 90 percent of the native people were eliminated during two years.

⬅  Caricature of a British settlement in Australia in 1850 drawn by illustrator John Leech.  ⮕ 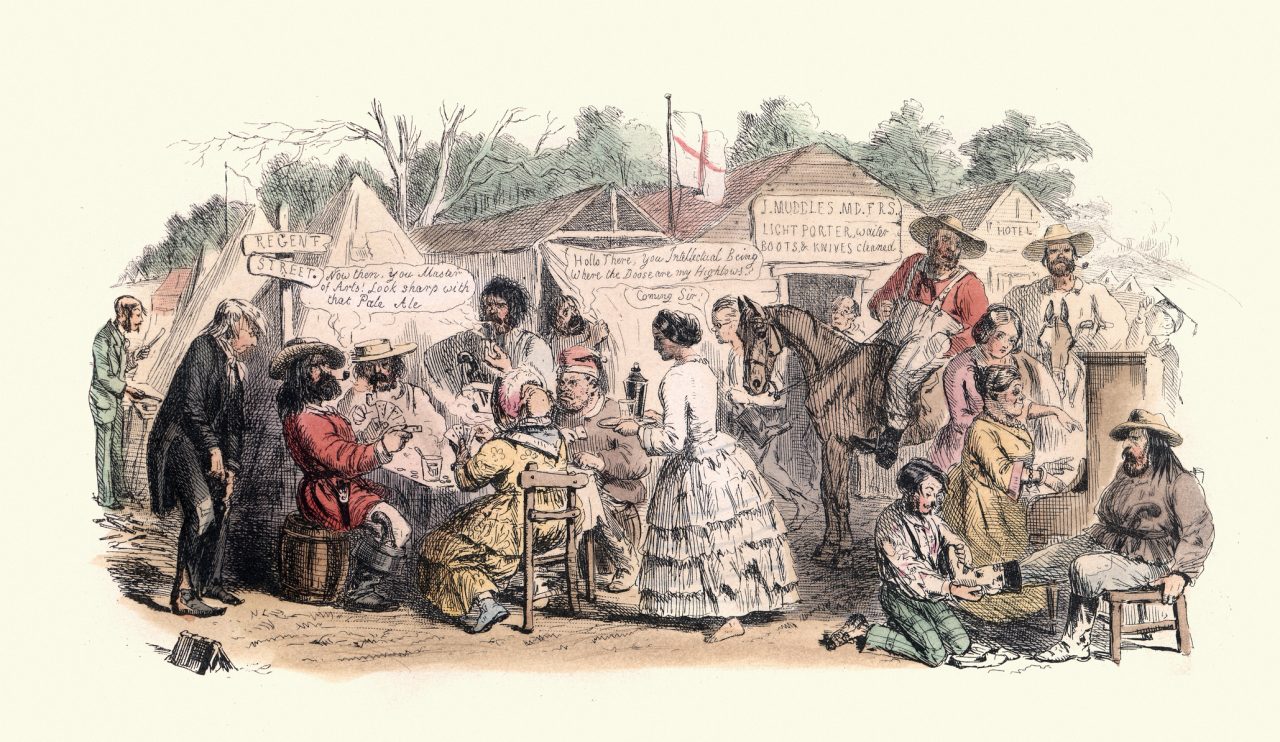 ⬅  The Commonwealth also has its own flag.

A short summary of the British Empire